She’s at it again…

It’s been a decent year for independent film, what with such gems (and likely Oscar contenders) as The Way, Way Back, Inside Llewyn Davis and Fruitvale Station on the roster, but today I’d like to focus on two others that have received far less publicity but surely deserve their moment in the spotlight.

First up is the best horror flick of 2013.  You’re Next hit theaters in August between the year’s two big budget horror films The Conjuring and Insidious Chapter 2, though I’m sure it grossed far less in the box office, which is a damned shame because it is a nearly perfect example of a film that may not reinvent its genre – the premise isn’t anything new or original – but excels so much in its execution that it stands out as a shining success among its peers.  In other words: Finally! an example of a horror flick done right!  It begins with some actual character development, not merely introducing the Davison family but really showing the dynamics between them at play.  They’re a wealthy family celebrating mom and dad’s anniversary in their large, rural home.  Within the first 15 or 20 minutes, we learn a great deal about them, but not more than we need in order for the stage to be set.  Once all the adult children arrive with their significant others, tension builds, fingers are pointed and right at the peak of a rather heated argument, a living nightmare begins with an arrow shot through the dining room window and into one of the dinner guests.  The inept family descends into confusion and futility as more arrows fly into the house, killing some, wounding others, but revealing them all as targets of the murderous intruders lurking outside.  It seems they won’t stop until they’re ALL dead.

There’s only one wildcard yet to be played and she is the girlfriend of one of the sons, an Aussie named Erin, superbly played by

Sharni Vinson.  While the others practically flail about, clueless to what’s happening or why and entirely unprepared to deal with it, Erin immediately responds with practical, useful and effective ideas of not only how to protect themselves and each other, but also to fight back.  You read that right: not only do we get a character who kicks ass (and well), but – bonus! – she’s female!  She is the stand-out here, acting not as a scared little girl trying to find her inner strength but as a strong and capable woman who reacts intelligently from the initial sign of danger, determined to survive and using every available tool around her.  And, boy, is she creative.  From here, the flick is perfectly executed with enough violence and suspense to truly scare its audience without ever overdoing it.  It is a slasher flick, which means there is a fair amount of blood, but it never feels excessive or gratuitous.  And there are several clever and well-placed props which are later used as weapons but they aren’t forced; they actually serve the story.

Bottom line: you won’t find anything groundbreaking or genre-defining in You’re Next but what you will see is a well-written, well-acted and damned well-executed hack ’em up intruder movie.

The other is a little ditty called Drinking Buddies.  I’m hesitant to call it a romantic comedy because, while it does have the feel of the genre, it fails to follow its basic structure as well as avoids its numerous traps.  It centers around Luke (Jake Johnson, aka, my new crush) and Kate (Olivia Wilde giving her best performance to date), two buddies who work together at a brewery.  The two 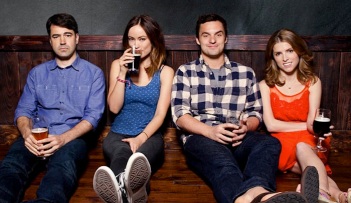 have intense chemistry and as the story progresses we see they’re basically two versions of the same person.  Luke is in a long-term relationship with the lovely Jill (the always charming Anna Kendrick) and Kate is less seriously involved with Chris (Ron Livingston), who, admittedly, seems an odd fit for her.  The four take a camping trip and the two couples’ dynamics come more into focus while the dynamics between Luke & Kate and Jill & Chris further develop as well.  This isn’t the story of two mismatched couples trading spouses, however, but more an exploration of a scenario: how an attraction that is further enhanced by alcohol can disrupt an otherwise healthy and stable relationship.  Throughout nearly the whole of the film, Luke faces the choice between a woman he loves and another he knows he could love and Jake Johnson plays the role with such genuine feeling, the audience can’t help but feel his dilemma with him.  In another actor’s hands, Luke could easily have become an unlikable character.  But Johnson has the perfect blend of easy charm and real heart, making the audience sympathize with his situation instead of judging it.

I read online that there was no real script for Drinking Buddies, merely an outline, when they started shooting.  Which means that almost all of the dialogue is improv.  I can’t imagine making or acting in a movie without a script but somehow, it served Drinking Buddies well.  Because it forced each actor to behave as though the situation was real.  What that gives us is a genuine and truly authentic look at a scenario that very well could be real.  Combine that with the charm and charisma of the actors and their lively chemistry with one another and what you’ve got is one enjoyable, often funny and entirely relatable film.

It used to be that Thursday night was my favorite TV night.  The only night I bothered to watch any television program as it aired rather than record it and watch a day or two later when I could fast-forward through commercials.  Thursday at 8pm, I was on my couch, my TV tuned in to NBC.  It began with Community, moved on to 30 Rock, then Parks & Rec and ended with The Office.  Hell of a line-up, am I right?

Then NBC started screwing with Community’s schedule, splitting each season in two, airing its episodes seemingly randomly with little or no promotion.  Then 30 Rock reached its close, soon followed by The Office.  Now, Parks & Rec is the only one of those shows still on air (I have no idea what happened to Community.  It was never officially canceled nor, as far as I can tell, is there any plan to put it back on air.  Wtf, NBC?) and while I do faithfully watch and love it, Thursday has become just another one-show night.

Not to worry, though, my dears, because as one door closes, another one opens.  Case in point: Tuesday night programming on FOX.  I have come to look forward to Tuesdays as I once did Thursdays and it’s all thanks to FOX’s current line-up.  At 8:30pm, Brooklyn Nine-Nine kicks off the night (I watched one miserable episode of Dads and will never put myself through that again), New Girl follows and The Mindy Project wraps it up.  That’s right: Tuesday is the new Thursday.

I know some folks think Andy Samberg is just a bit too much.  Too loud, too silly, too over-the-top.  If you fall into that category, allow me to set your mind at ease.  Brooklyn Nine-Nine is very much an ensemble show.  While Samberg is the star, his presence does not dominate every episode.  More than that, his trademark ridiculousness is fairly toned down here.  And he and the ever stoic Andre Braugher play off each other to utter perfection.  Every single episode elicits a few hearty laughs, some from Samberg’s goofy antics and many from others in this excellent cast, and they’re only getting better as the season progresses.

I admit I came late to New Girl, having just started watching this past summer, but once I began watching, I couldn’t stop until I was 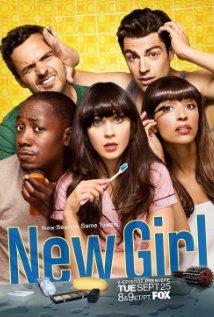 entirely caught up.  Zooey Deschanel has slowly won me over and now I am entirely hooked.  Like all great sitcoms, the cast as a whole is the real star here and every key player shines.  I’ve developed a full-on crush on Jake Johnson and Max Greenfield is one of the funniest comedic actors on TV right now.  Lamorne Morris can make even the most absurd plot line work for him and now, Damon Wayans, Jr. has come back to reprise his role as Coach, a character who’s been missed since the pilot, his one and only episode before this season.  His chemistry with the rest of them is so easy and charming, it’s like he never left.  Seasons 1 & 2 are currently streaming on Netflix, which means you have no excuse not to watch.

Finally, The Mindy Project may arguably be the weakest of the three but it has been getting 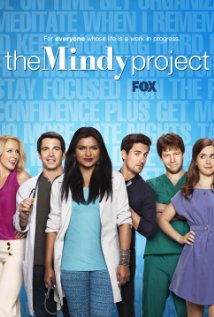 increasingly better since it first aired last year.  Mindy Kaling is hilarious and charismatic and Chris Messina in the male lead plays the sensible and pragmatic curmudgeon to her moody, pop culture-obsessed girly girl.  Ike Barinholtz, while occasionally creepy, often gets a laugh as the sweet but dopey nurse Morgan and Xosha Roquemore has been a great addition.  I wish Betsy would disappear (sorry Zoe Jarman – it’s the character, not you) but otherwise, the cast has pretty much found its groove.  Kaling and Messina have a fun “will they, won’t they” thing going on and thanks to Kaling’s many Hollywood connections, both seasons have been rife with awesome cameos.  (Mark Duplass needs to be permanently added to the cast; his hippie midwife rival character is too good and should be fully utilized.)

I don’t know what else you’ve got going on every Tuesday night, but I’m sure it can wait.  Forget reality TV and network dramas – thanks to FOX, the sitcom is making a comeback.

I know I haven’t posted in forever, I know I’ve been distracted and sidetracked and have, basically, ignored this blog for damn near two months now, but I haven’t entirely forgotten about it or you and to prove it, I’ve embedded the following video BECAUSE the moment I finished watching it, I wanted to share it with you.

Seriously, I fucking love this guy.  If you don’t have time to watch the whole thing, at least skip to the 9:00 minute mark and watch from there.  (Warning: the following clip contains a political conversation.)

I don’t know about any of you, but I’m ready for the revolution.  Let’s have it.