The past couple of weeks have seen the season premieres of two beloved, critically acclaimed television shows:  Mad Men and Game of Thrones.  I love the shit out of both, and had been looking forward to their new seasons, pretty much since the credits rolled on the previous ones.  They are truly two of the most well-done, high-quality, layered, intelligent, straight-up amazeballs shows on television today.  If you’re not watching them, I question your devotion to both pop culture and things that are wonderful.

Here are my thoughts on the two episodes of Mad Men we’ve seen so far. 🙂

Mad Men returned after a 17-month hiatus, and upon seeing that familiar silhouette falling through the air, it hit me just how much I had missed this show – especially since I felt it only got stronger with each passing season.  The premiere picks up a few years after the season 4 finale, and the boys are all settled into their roles at SCDP, which is convenient because it sort of seems like the old days.  I mean, they’re in the same building.  Obviously, everything else is different, but at least the environment is stable.

Don and Megan are still married, sort-of happily.  She definitely understands and wants to please Don, but he is full of so much self-loathing, I question whether he’s ever capable of a truly happy and healthy relationship.  She throws him a surprise birthday party that was kind of hilarious, but also awesome, as you get to see all the hippies mixing with the suits.  Megan is a hippy.  A classy, French-Canadian one, but still a definite free-spirit.  Their fight afterwards felt real – the kind of thing that spirals out of control, for seemingly small nothings that are really covering up the deeper somethings.  And oh there are so many deeper somethings on this show.  THE LAYERS!  (And, oh the glorious hate-fuck on the living room floor.  DAMN, amc!  That’s one of the hottest things I’ve seen in a good long while)  It’s only upon reading other recaps and then actually analyzing these episodes in my brain that it hits me how intelligent this show is and what great depths it encompasses .

One thing I so respect are the small scenes displaying actions and plot points that might end up going nowhere – they exist merely to gain further insight into each character.  Example:  Poor old Layne (I’ll never get the image of his father beating him as a damn fully grown man out of my mind), finding that lost wallet in the back of a cab and keeping the picture of the woman that was nestled in with the cash he returned in full.  Why is he keeping this?  Will he meet her?  He did talk to her on the phone…althought that might not have been her, who the hell knows?  We might find out, we might not.  What we do know is the act shows an aspect of Layne’s psyche at this point in the story.  He’s lonely, henpecked, trying to keep things together for his mates at work and his obviously miserable wife.  Was keeping the picture just an act of yearning for an escape?  The fact that I just wrote a paragraph about a dude keeping a tiny Polaroid of someone he’s never met is why this show is amazing.

Pete and his wife are adjusting to being parents and it’s sort of reminding me of Don and Betty, if Betty wasn’t evil.

Speaking of the heinous skanky cold-hearted shrew, to deal with January Jones’ pregnancy, a “fat” storyline has been written in, a tumor on some gland, probably her thyroid.  I’ve read some online animosity towards this story, some think it’s a lazy way to deal with her condition, but I actually really like this occurrence.  Again, with the character development.  In the terrifying days when she’s waiting to hear if it’s benign, we see her freak out internally about leaving behind her family, contemplating her mortality, etc.  Oh, and also, calling Don before anybody else was a nice touch, as we see how deeply ingrained they still are in each other’s lives.  I mean, I really, REALLY hate Betty, but I was glad she’s gonna be okay.  The show would probably be a lot less fun without her.

Joan’s trying to raise Roger’s baby – I loved watching him get to hold the little guy.  Also love watching him begin to hate his new(er) wife, Jane.

Peggy’s still rocking it as a single gal, trying to move upward in the company.  I love her.  What an idol, what a complicated character!!  I always wonder what the hell her kid is up to.  And whatever happened to Colin Hanks’ priest?!?!

The fashion, the sets, it’s all so real and clearly, the amount of effort put into this show to make it appear all so effortless, has got to be painstaking and astronomical.  Looking at just the difference of how each woman dresses, given her age/station in life (which was pointed out to me by Tom and Lorenzo’s AWESOMEEEE recaps), is something I NEVER EVEN NOTICED, and now that I’ve seen it, I can’t look away.

If you have ever considered watching – you absolutely MUST start at season 1.  People always say shit like that but if you don’t, that character development I have mentioned over and over will be lost on you and you’re going to miss out on probably 60% of what a scene is trying to convey to you, if you don’t understand the pasts of these beloved, flawed, realistic people.
Seriously, this show wins awards for a reason.
~Annie 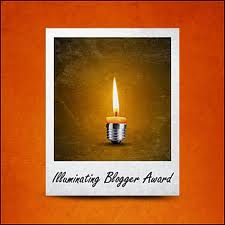